Silvio Orlandi is an intelligence agent attached to the European Union Intelligence Corps, 6th Information Bureau. As an agent, Silvio’s task is to spy on other countries, and conduct espionage missions. After Identifying organizations or individuals which actions would disrupt the unity of man, they would remove them using force, sometimes lethal force. He pilots a F-5E ADV Tornado and has the callsign of Feh-Nietzsche 1. Following a mission in Africa, he becomes the most valuable man on the planet.

Silvio has a habit of praying in church, even though he does not believe in the faith fully, since he also believes in evolution and science. However, he still prays for comfort.

Silvio recalls few memories of his childhood, as he was not aware enough then to recall where he stayed or which town he was in. He can only recall when he and his family had to evacuate Northern Italy, and sought refuge in a church. His earliest memories of his parents were of them praying together with him there. Weeks later, they reached the Southern end of the Italian peninsula, where they hoped to be rescued. However, all the refugees from the island had overwhelmed the transport capacity of the United Nations and European Union forces. As the front lines fell back before the BETA onslaught, the decision of last resort was made… children would be given first priority. Weeping Parents separated, seeing their children off, as they screamed and reached back for them. As the children left, their last sight was of the town being torn apart by the BETA.

Silvio’s prayers are in imitation, then remembrance of that time, the last memories he had with his family.

Silvio has a buddy, Renzo, who knew Silvio from the time he was a young boy at the war orphanage. Renzo had apparently took care of Silvio like a little brother. They meet again in the European Union Intelligence Corps, 6th Information Bureau, with Renzo assigned under him as Feh-Nietzsche 2.

Silvio shares many similarities with Steve Austin the main protagonist of the TV series 'The Six Million Dollar Man' such as similar bionic upgrades. 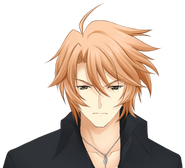 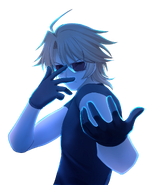 The Silvio
Add a photo to this gallery
Retrieved from "https://muvluv.fandom.com/wiki/Silvio_Orlandi?oldid=36926"
Community content is available under CC-BY-SA unless otherwise noted.