Start a Wiki
Fikatsia Latrova is a supporting character first introduced in Muv-Luv Alternative Total Eclipse. She has appeared in all iterations of the Total Eclipse series since.

A Lieutenant-Colonel of the Soviet Army, Fikatsia appears to most as a stern commander on the outside. As befitting of her rank, she commands the Soviet Army's 211 Batal'on Zhar, with the callsign of Zhar-1.

However, she treats her subordinates fairly and with affection bordering on maternal love, especially to her adjutant, Nastassja Ivanova, due to her own past experiences; in return, her subordinates respect and revere her as a mother figure of the battalion, despite her Russian heritage being a constant reminder of the Soviet Union's racist policies.

Much of Fikatsia's early past is unknown, but her current rank is an indication of her long service in the Soviet Army. At some point in time, she married a Georgian man and had a child; however, her husband was killed in 2001, while her son's status remains unknown due to an unspecified incident that resulted in the removal of her parental custody over him.

Prior to the Kamchatka exercises, Fikatsia led the 211 Battalion through numerous battles to repel BETA incursions from the Hives closest to Kamchatka Peninsula. When the exercises began, the 211 Battalion was tasked to thin out and divide the BETA swarms for the test flights to fight against. Despite rear-line politics placing her men in danger, she refused to falter in her duty.

During the Kamchatka Peninsula training exercises, she met US Army 2nd Lieutenant Yuuya Bridges. While the two of them started off with opposing viewpoints, it was Fikatsia who taught him the meaning of the frontlines, and that as a soldier, he needed to have the conviction to be able to pick the most important things to save. As Yuuya reminded Fikatsia of her own missing son, she began to care for his well-being, despite both of them being of no relation to each other.

During the ц-04 Frontline Supply Base Incident, Fikatsia and the 211 Battalion were deployed to protect the base from the BETA, and appeared just in time to save a stranded Yuuya and his heavily-damaged Shiranu Second Phase I. An assault from Tu-95 bombers sent by Lt. Colonel Budomir Rogofsky to level the base, however, killed several of her pilots, and the battalion was saved only by the sudden appearance of Laser-class BETA. Even after being betrayed, Fikatsia did not hesitate to get Yuuya out of the battlefield, and order her battalion to engage and destroy the Laser-class BETA that had shot down the bombers. She herself remained behind to engage an unknown unit that was sent to silence her battalion, although she was eventually overpowered by the unit.

After her defeat, she ended up being recovered along with the rest of her unit by an infamous Soviet commander that was known for his distrust of the Soviet party hardliners as well as much of the military brass that led to Fikatsia's unit original death sentence.

Once again leading the 211 Battalion in combat, she was present at the Evensk Hive, as part of Operation Ouka. Her status in the aftermath of the battle is unknown.

"It's fine to talk about Justice and what's "right" but if you get too involved, you'll lose what's important to you."

"First accept reality. It's not too late to choose then."

"When you blame something outside yourself for your own failure to do something, the only thing you can convince is your own heart. You can never convince anyone else. If everyone around you seems convinced, it's proof they're spoiling you. People like that are never good to have around. Cut off ties with them immediately."

"If you can't take it all, decide what you're going to abandon. That's what your fight is, kid."

"Sorry to spoil your fun, but I don't have time for foolish romanticism." 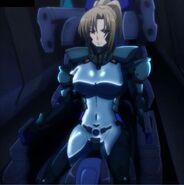 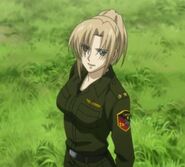 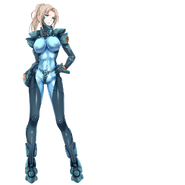 Add a photo to this gallery
Retrieved from "https://muvluv.fandom.com/wiki/Fikatsia_Latrova?oldid=45987"
Community content is available under CC-BY-SA unless otherwise noted.